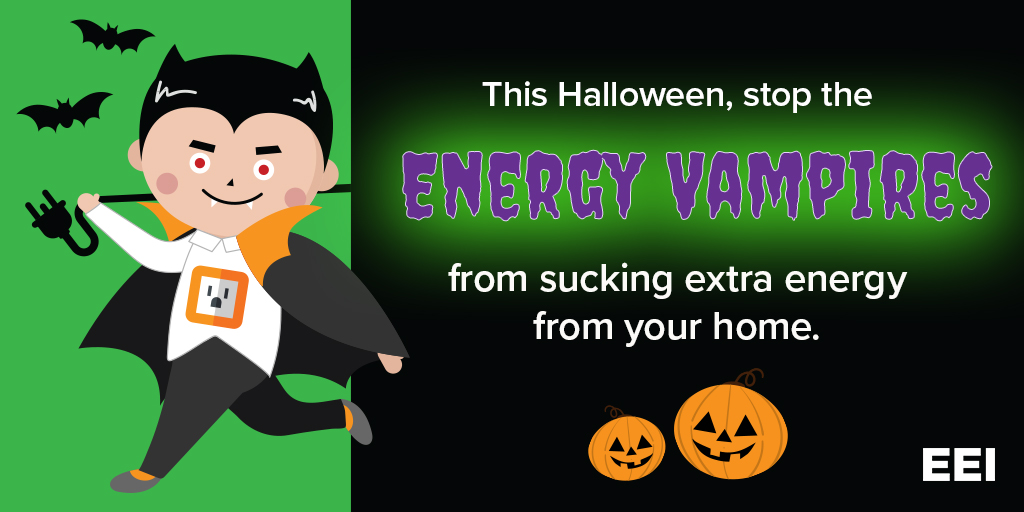 You know there will be trick-or-treaters dressed as vampires walking down your street on Halloween—but do you know about the “energy vampires” in your home? Energy vampires are appliances or electronics that still drain electricity while turned off or on standby mode. This wasted electricity is referred to as a “phantom load.”

Devices that can be energy vampires include phone and laptop chargers, DVD players, video game consoles, computers, and devices that turn on instantly via remote control. According to the U.S. Department of Energy, energy vampires cost U.S. households $100 a year on average.

Visit your local electric company’s website and read EEI's "More Than 100 Ways to Improve Your Electric Bill" to find more tips on how to save electricity.